Anaerobics and HIT - the truth about "fat burning" exercise

Producing energy at high rates, to sustain intense exercise, is even less efficient than the pitiful 26% that human beings typically achieve during low intensity exercise.  Whilst this fact has been known for many years, it appears to have been overlooked in the context of maximising “fat burning”.  A 1978 study (2) identified that the efficiency of high intensity work was only 10-15%. This reduction in mechanical efficiency with increasing intensity of work is not fully understood, but is likely to be due to a combination of factors.  These include the contribution made by lactate to energy production, decreases in muscle efficiency and increases in energy expenditure from muscles not directly involved in the locomotor activity (eg. trunk stabilisers, respiratory muscles, cardiac muscle).

Sprinting and weight training are low efficiency activities because they also involved rapid, repeated contractions and relaxations of large muscle masses.  This type of intermittent activity requires more energy than slow, sustained contractions because the actual contraction and relaxation phases of the movement add to the overall energy expenditure (3). Researchers have shown that high intensity interval training has much to offer those interested in weight management (4). All this tends to point to high intensity training (HIT) as the “way to go” for maximising calorie expenditure. There’s also been a lot of recent interst in the benefits of HIT from a health perspective (http://tinyurl.com/6vg2wx5), but that’s another blog post…
Of course, the problem with HIT is that you cannot sustain exercise for more than a few minutes, or seconds, at a time - precisely how long you can tolerate it will depend upon just how intense the exercise is, how fit you are, and how long you are prepared to tolerate the discomfort. This is where the interval approach comes into its own - you exercise hard for a few minutes (or even seconds) and then rest or take an active recovery at a low intensity. Let’s find out a bit more about the benefits of HIT for fat loss.
Interval training…the new fat burning exercise
Interval training normally consists of a series of short duration high intensity bouts of work interspersed with short recovery periods (normally in the ratio 1:1). The recovery period can be either passive or active.
Let’s consider the theoretical energy requirements of a series of one minute intervals of high intensity exercise with one minute of rest between bouts. Each interval might have an energy expenditure of as much as 36 kcal. So our series of four one minute bouts of high intensity exercise could have an energy expenditure (4 x 36 kcal = 144 kcal) that is almost equivalent to 30 minutes of moderate intensity exercise as illustrated by the earlier calculation of expending 165 kcal after cycling for 30 minutes. In theory, you could expend an equivalent number of calories to 30 minutes low-to-moderate intensity cycling in less than 10 minutes of interval training. Or to look at it another way, you could expend three times the number of calories in the same 30 minute visit to the gym. This concept of high intensity exercise having low efficiency is supported by a study (5) that compared the total energy cost of exercise for two theoretically energy equivalent tasks, one of moderate intensity, the other maximal. The first task was a 3.5 minute treadmill walk, the second was a series of three 15 second sprints.  When the actual energy requirements were measured the walk required 39 kcal and the sprints required 65 kcal.
Weight training…the other new fat burning exercise
Weight training can also expend calories very effectively. For example, bench-pressing 30kg for 3 sets of 8 reps has a total gross energy expenditure equivalent to around 25 kcal (assuming gross efficiency of 10%).  Those 25 kcal would take you less than 5-minutes to expend (each set would take around 20-seconds to complete, with 2 periods of 2-minutes rest between each set). The added benefit of weight training is that it also increases muscle mass and raises the basal energy requirements, which means that you expend more calories each 24 hours, even if you’re doing nothing. There is also an acute “calorie burning hangover” from weight training, which has been confirmed empirically in a study showing that up to 16 hours post-training, metabolic rate was 4.2% higher than before the training session, and that there was also a higher level of fat oxidation (6). In other words, weight training elevates post-exercise metabolic rate. 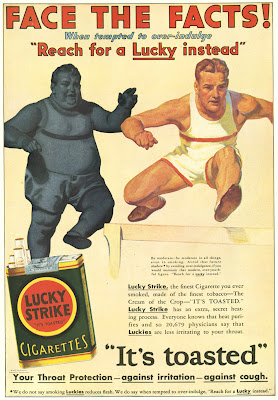 Thanks to http://tinyurl.com/5gre9m for the image.
References
Posted by Breathe Strong at 10:46

Below are our recommendations for breathing training equipment and accessories that you can purchase from our EU Amazon Store.